Arsenal manager Arsene Wenger has revealed the club haven’t opened talks with German playmaker Mesut Ozil and Chilean forward Alexis Sanchez about a new long-term contract despite rumours suggesting otherwise, and further revealed that the Gunners aren’t in a rush as they time on their side to tie the duo down for their best years.

“We have not started to talk about that with Mesut Ozil. (Sanchez) is the same situation, at the end of the year they have two-and-a-half years left. We have some time. We are not in a hurry. We want of course for them to stay in the club, and we’ll start negotiations at some stage, but at the moment we have not started,” he said.

Various reports had suggested Mesut Ozil and Alexis Sanchez were to become the highest-paid players in the squad by some distance, while set to commit their future to the Londoners for another five years, but according to Wenger talks haven’t even started. While both players have expressed a desire to stay at Arsenal, the rumour mill has been in full force, linking Sanchez with an unlikely move to Real Madrid, and Ozil to Juventus.

Arsenal have enjoyed a bright start to the new season, and its thanks in large part to the contributions of the two players in question, with Ozil the leading assist-maker with 10 in 11 appearances, and Sanchez joint-top scorer with six in 12. Wenger has identified the attacking duo as key players in Arsenal’s pursuit for the Premier League title, and is planning on prolonging their stay at the Emirates in order to achieve it.

Contrary to his recent comments, Arsenal are expected to get the ball rolling on new deals for Ozil and Sanchez in the coming week. 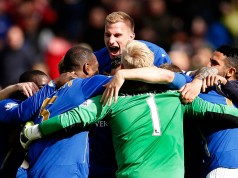